October 19, 2014 By safaricamplife in And Not Forgetting The Game Tags: Frog, Kenya safari, Marabou Stork, Ugly Bird Leave a comment

We managed to sneak out for a game drive this afternoon. Our surrounding area has been blessed with rain over the last few days (for rain is always a blessing in Africa) and forgotten springs are appearing in the landscape.

Every now and then, when one decides to abandon urgent spreadsheets and maintenance in favour of a game drive, your truancy will be rewarded. Sometimes nature will gift you a sight so beautiful, magnificent and appealing that it’s hard to tear yourself away and return to one’s desk in a dusty office.

Other times, not so much. 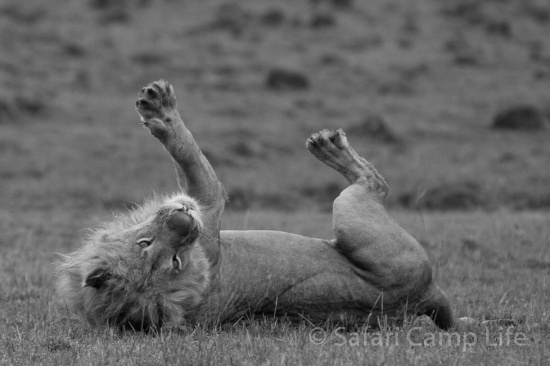 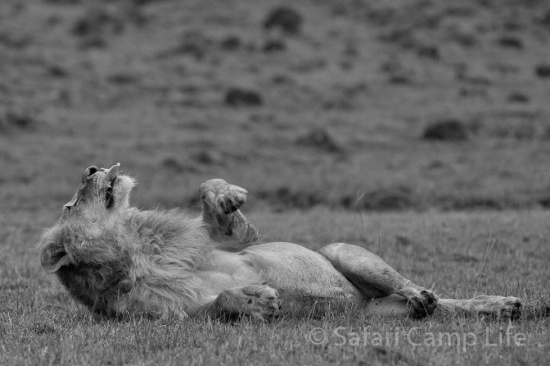 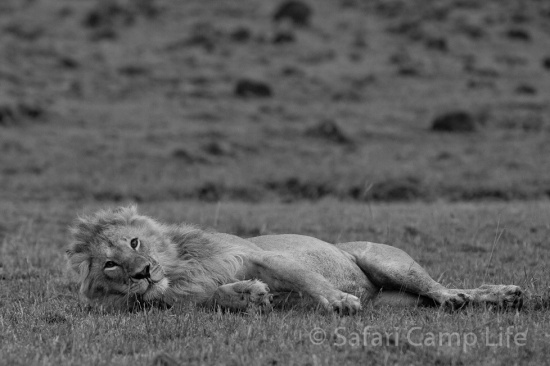 The half-wildcat (that is half-tolerated in camp by The Wonder Dog) brought a freshly-killed scrub hare into the tent at one o’clock this morning and hid it under our bed. I got out of bed at the sound of the first crunch and gently and respectfully carried the poor dead creature outside so that the cat could finish its meal al fresco without disturbing us.

The cat didn’t get the point and half an hour later brought the hare back under the bed. I got out of bed again and, imperceptibly less respectfully, moved the slightly stiff creature outside but a bit further away.

Cat didn’t get the point. At 4am this morning, in an attempt to get the creature far enough away to deter the cat from bringing it back, I found myself standing naked in the moonlight on our verandah swinging the completely rigor mortised hare around my head like the Olympic hammer before releasing it, whereupon it flew through the cool air like no hare has flown before, landing twenty feet away with a thump(er).

Watership Down it wasn’t.

Leopards have the decency to eat their kills in trees

August 23, 2014 By safaricamplife in And Not Forgetting The Game Leave a comment 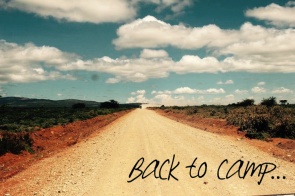